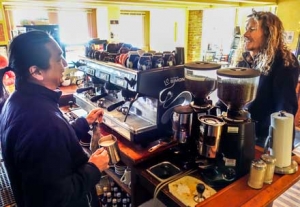 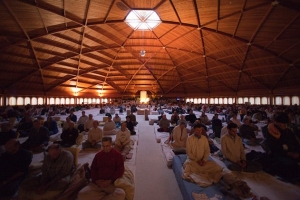 Smithsonian Magazine sent a writer to Fairfield for the weekend of Jan. 26-27. Fairfield Area Chamber of Commerce director Nancy Morrissey gave the writer, Susan Spano, a tour of the town when she came to visit.

Spano visited numerous businesses and attractions while she was here. She went to the ICON Gallery, Maasdam Barns, Maharishi University of Management’s Sustainable Living Center, Sky Factory, Creative Edge Mastershop, Café Paradiso and many other places.

“Having spent a full day and a half with Susan Spano, I was convinced that we were going to be chosen as one of the top 10 small towns to visit in 2013,” Morrissey said. “Susan was charmed with the warmth and intimacy of Fairfield, fascinated with Fairfield’s sustainability lifestyle and entranced by our diversity, infusion of culture and entertainment and strong appreciation of our history.”